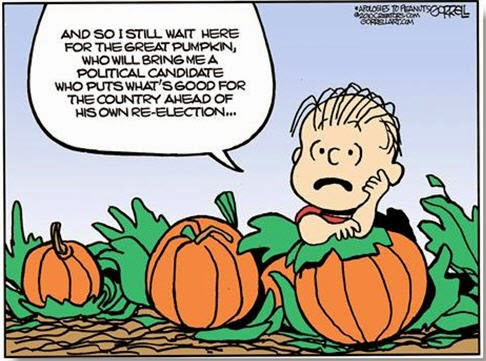 Charles Schulz, the creator of the Peanuts comic strip said wisely, “There are three things I have learned never to discuss with people… Religion, Politics, and The Great Pumpkin.” I’m going to ignore his sage advice and discuss the first two, religion and politics. I’ll put off talking about the Great Pumpkin until we get closer to Halloween.

We are also often advised to especially steer clear of talking about religion and politics at work. It will only cause problems; or so goes the conventional wisdom. Once again, I’m going to avoid that advice and conventional wisdom. It seems to me, since some of our closest relationships outside of family are forged at work, that we should talk about these important subjects with our co-workers. To paraphrase Sister Sledge, “We are work family.”

In case you hadn’t heard, there’s going to be a presidential election next year. And in case you hadn’t noticed, it’s shaping up to be a real, apologies to my canine friends, dog fight. If it’s anything like the last election, that means emotions will run high and rifts will develop among friends, family, and co-workers. Some relationships are likely to be damaged or destroyed.

My reason for writing this is to consider how such divisions can be avoided at work – and in life outside work for that matter. We can find some practical advice from the Apostle Paul which he wrote in a letter to a new congregation that he had founded in Ephesus, a city in what is modern day Turkey. Paul wrote,

“…lead a life worthy of the calling to which you have been called, with all humility and gentleness, with patience, bearing with one another in love, making every effort to maintain the unity of the Spirit in the bond of peace.” Ephesians 4:1-2

“Put away from you all bitterness and wrath and anger and wrangling and slander, together with all malice, and be kind to one another, tenderhearted, forgiving one another, as God in Christ has forgiven you.” Ephesians 4:31

Paul assumes, and I agree with him, that we have the power to choose how we behave toward one another. To the positive, we can choose to be patient, gentle, kind and loving. To the negative, we can choose to engage in bitter wrangling and malicious treatment of others. Bottom line, it’s our choice. We are not slaves to our emotions and selfish ambitions.
What does it look like to be patient, gentle, kind, and loving in the context of politics, particularly politics that stirs up fear and engenders hate? What behaviors will we need to choose? Here are a few:

We can choose to listen. Listening is not as easy as it sounds. We don’t listen automatically or often enough. I like the term active listening. We’ve got to be intentional about it. I’ve learned that when I am a part of a discussion it takes some real effort to shut off my mouth. My wife often gives me a kick under the table when I start talking over other people at the dinner table. My defense is that I’m overly excited and I have something important and interesting say. That’s an excuse. My rude behavior assumes that what I have to say is more important and/or urgent than what you have to say.

And you know what, not only is it rude for me to hog the conversation, it is impossible for me to listen or learn while my mouth is moving. I remember the unpleasant experience of having dinner with a politician one evening. My wife didn’t have to kick me that night. She should have kicked him. Even though this was a social event, this politico made it obvious that he was only interested in presenting his talking points, not to listen to anyone at the table. So, number one, listen to what your co-workers and friends have to say. I have discovered that I can occasionally learn something.

When it’s time to talk, stay positive. There is a time to state our opinions and we should not be afraid to do so. However, look for a positive way to approach the issues at hand whenever possible. If I want to hear political trash talking, I’ll turn on the TV news – and it doesn’t matter what network I choose. For example, after you have heard someone’s defense of a candidate for election or a policy decision, lay out in a positive way your ideas. Then stay calm if you are attacked in return. Remember, you have a choice of how you behave; but you do not have a choice about how others behave. There will be times when the only course of action is to disengage, at least around certain issues. And there may be a chance for re-engagement later.

Stay informed. Whether it’s time to listen or we have to opportunity to talk, it’s important to be informed on the issues. Our Founding Father Thomas Jefferson said, “Whenever the people are well-informed, they can be trusted with their own government.” If we all take those words seriously, educate ourselves and are willing to engage in civil conversations, all Americans will continue to enjoy the fruits of a free democracy.

And about the Great Pumpkin. Oh, what the heck. It’s close enough to Halloween. I have to quote Linus Ven Pelt.

Linus: “Each year, the Great Pumpkin rises out of the pumpkin patch that he thinks is the most sincere. He’s gotta pick this one. He’s got to. I don’t see how a pumpkin patch can be more sincere than this one. You can look around and there’s not a sign of hypocrisy. Nothing but sincerity as far as the eye can see.”

Let’s make sure that come this election year that our pumpkin patch is the most sincere. No hypocrisy. Nothing but sincerity as far as the eye can see. Then we need not be afraid to talk about any-thing, to any-body, any-where.

Be kind and gentle out there.
Pastor Jim 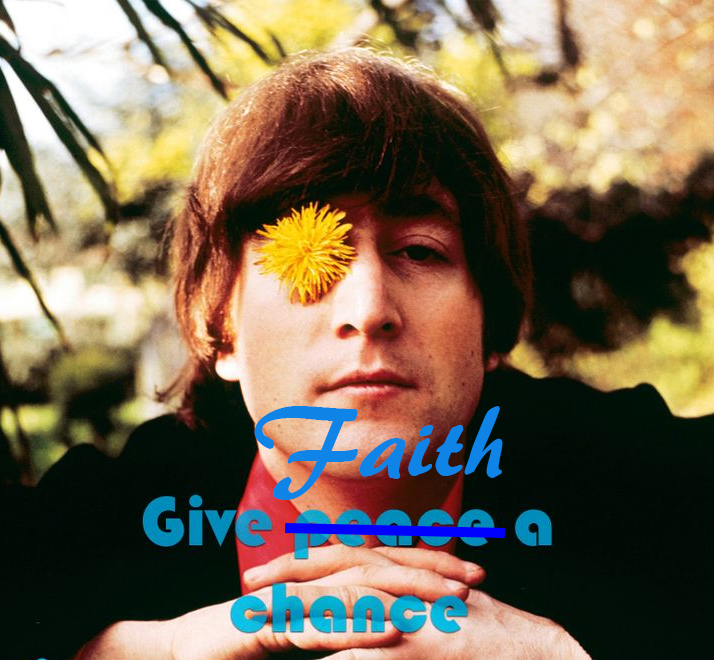 What Worries You Most

What Worries You Most